Even though I only raced for 6 years, it became a significant part of my life and taught me lessons I wouldn't have ordinarily learnt.
Because of the highs and lows, the hard work, the injuries, the disappointment and the fight back, those 6 years felt more like 12.
It altered my confidence in such a way, that I felt as though I could just about take on anything.
Having been the underdog on many occasions where the odds where stacked firmly against me, I have then gone on to dig deep and pull something truly remarkable out of the bag and ridden what felt like way beyond my limits and bring home the bacon.

Although I had some great races during my racing career that I thoroughly enjoyed and gave me a great buzz, there were a few rare occasions where something quite remarkable and quite frightening happened that I can only describe as ‘hyper’ focus.
Hyper focus usually occurred when I was put upon extreme pressure or when some other competitors had really ‘wound me up’. It was as if everything else in my life ceased to exist, there was this moment and ONLY this moment. There was no past, no future, no person or no thing including my own life that was more important than this moment. The moment almost felt like an out of body experience where my wish was interpreted into some physical action before I had even thought of it and I felt as if I was in absolute control of everything. Looking back, it felt as though I was taking control of an incredibly powerful and dangerous beast that could at any given moment destroy me in an instant if it so wished. Although the feeling gave me the most unbelievable high, it also scared the hell out of me. 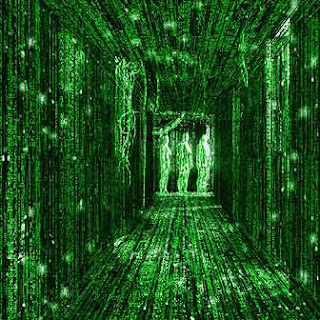 I would still 'keep my hand in' by attending several indoor karting events on a regular basis and got a bit of a reputation for being a bit of a 'ringer'.
Although the lawn mower powered karts gave no where near the thrill of bike racing, I still used the same kind of preparation and visualisation techniques I did whilst racing bikes.
Racing taught me the real value of perseverance. Although your never guaranteed to reach your goal, one thing is for sure, the harder you try, the closer you will get.
Although effort is extremely important, it means nothing if you cant actually 'see' what your aiming for.

The approach I took was to really study the layout and shape of each corner and try and compare them to other corners I know to determine if they shared similar characteristics. I would then draw diagrams of the type of lines I think I should be taking whilst taking into consideration any other important aspects of the track such as camber, bumps, gear, revs and what came immediately before or after each corner.
Once I was content in my mind, that I had created the best technique to traverse the corner, I would then set about 'programming' it into my imagination.
I would visualise in slow motion the steps I would take approaching each corner, making sure that what I was conjuring up in my minds eye matched the diagrams I had drawn. I would pay attention to my 'focus points' such as braking when I saw the turn in point, turn in when I saw the apex and accelerate when I saw the exit.
With practice, I was able to re-create the entire 'feeling' of going through that corner at speed.
Once I had mastered the 'feeling' I no longer needed to picture myself going through the corner any more like a film clip because the entire sequence of events from braking to exiting was compressed into one instantaneous 'feeling' that could be called upon like a reflex reaction.
This ability to break down thoughts into micro thoughts, analyse them, deconstruct them and then put them back together again was a new personal skill that I had discovered and it still helps me to this day when I try and understand the complex working of my own mind.
This 'thinking about thinking' technique is otherwise known as Metacognition. Although I don't claim to be an expert, I honestly believe that this world would be a better place if more people thought about how they actually think (that could be a whole new blog in its own right).

That hard nosed racing spirit helped me get through college which I funded myself, whilst holding down a full time job and racing at the same time. Not only that, I was also awarded the Whites Trophy at FCOT for the most outstanding student in the Engineering department, the first time ever I had achieved any kind of academic excellence, and this in turn made me realise I really wasn't that stupid (but still stupid enough to tear arse around a race track at silly angles of dangle).
My efforts at college were rewarded when I was offered the position of a R&D Technician for an Automotive Powertrain consultancy based down in Shoreham in West Sussex.
I studied 7 years in total and gained two ONC's and two HNC's in Engineering and Computing, and even though I would have loved to continue racing, I simply didn't have the energy to split my attention any more.

After a few years concentrating on my career, I decided to get another bike. I was looking round for a small stroker that I could do up, and in 2003, I bought a badly abused Kawasaki KR1 for £300.
After getting the KR home in the back of the van, it stood there in the garage, and I thought 'It looks too square and so last decade".
I then set about pulling bits off and replacing them with parts from other bikes. I didn't really care which bikes they came off, as long as it was an upgrade.
Fortunately for me, a chap down the end of my road (Dickie) had a machine shop and was also a bit of a petrol head as well as being an all round top bloke to boot. So for the next couple of years, I set about swapping wheels, brakes, swingarms, forks and bodywork from various donor bikes so that what I ended up with was a bit if a 'Triggers broom'.
My initial plan was to build a road bike, but because such things as comfy seat, lights etc compromised the design, it ended up becoming a track bike instead.

In 2007, I entered my first trackday on my KR1 hybrid. Although I had not raced since 1995, I was treating this day as a shakedown for the new bike and get familiar with how it behaved. I entered the intermediate class, but soon found even though I was the smallest bike out there and I was testing the handling, I was still getting baulked by the much bigger faster bikes. I came away with a few ideas for possible improvements which I then set about doing with the help of Dicker before the next trackday the year after.
Over the next couple of years, I made changes to suspension and found myself becoming increasingly confident with the bike and had progressed up to the advanced class, but was still finding the likes of Fireblades, R1's and ZX10's getting in my way round the corners.

Showing the boys how its done...
It was a bit of a hoot, stuffing it up the inside, riding round the outside of these 'superbikes' on a 20 year old 250 ridden by a girl